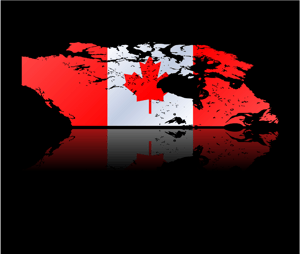 complex and inexorably intertwined - so much so that government, researchers, policy makers and Indigenous leaders seem hamstrung by the enormity. It is hard to isolate just one issue as being the worst. The Indian Act greatly contributes to these eight issues and more. Be sure to read this article 21 things about the Indian Act, if you want to know the intent and extent of the Act.

Watch our video on this blog article here

The World Health Organization's investigation into health determinants now recognizes European colonization as a common and fundamental underlying determinant of Indigenous health. There have been strides made on the part of many Indigenous communities to improve education around health issues, but despite these improvements, Indigenous people remain at higher risk for illness and earlier death non-Indigenous Peoples. Chronic diseases such as diabetes and heart disease are on the increase. There are definite links between income, social factors, and health. There is a higher rate of respiratory problems and other infectious diseases among Indigenous children than among non-Indigenous children - inadequate housing and crowded living conditions are contributing factors. Read: A Snapshot of On-Reserve Clean Water Issues

2) Lower levels of education
Colonialism accounts for many bitter, demoralizing legacies, the most pervasive of which is education - the root of this particular legacy is that ultimate national experiment in assimilation - the Indian Residential School system. According to the 2016 Canadian Census, 33.65 per cent of those who identified as an Aboriginal person have no secondary (high) school or equivalency certificate, compared to 18.3 per cent of the rest of the Canadian population.

3) Inadequate housing and crowded living conditions
Three words - Attawapiskat First Nation. In 2011, the conditions in this community drew national and international media attention - as well as the attention of the United Nations - to a housing situation that far too many Indigenous communities struggle with. Of those First Nations people living on-reserve, 44.2 per cent lived in a dwelling that was in need of major repairs, compared to 6 per cent of the non-indigenous population living in such a dwelling. To learn more about on-reserve housing issues, read 8 Things You Need to Know About On-Reserve Housing Issues

4) Lower income levels
The average total income of  Indigenous Peoples was 75 per cent that of non-Indigenous people in 2015 - that's a 25 percent income gap. It is a slight improvement from the 27 per cent gap in 2005.

8) Higher rates of suicide
And the most tragic of all is the higher rate of suicide among First Nation, Métis and Inuit youth. A 2016 Statistics Canada report found that more than one in five off-reserve First Nations, Métis and Inuit adults reported having suicidal thoughts at some point in their lives. Suicide rates are five to seven times higher for First Nations youth than for non-Aboriginal youth, and for Inuit youth, the rate is among the highest in the world - 11 times the national average. “Suicide and self-inflicted injuries are the leading causes of death for First Nations youth and adults up to 44 years of age.” (A Statistical Profile on the Health of First Nations in Canada for the Year 2000, Health Canada, 2003)

If you are interested in more information on the key issues for Aboriginal people in Canada, "8 Basic Barriers to Aboriginal Employment"

Interested in learning more about the impacts of the Indian Act? This little book is a national bestseller and is great place to start.

Let this blog be your guide to Working Effectively with Indigenous Peoples®. We have hundreds of articles loaded with tips, suggestions, videos, and free eBooks for you. Happy reading!

Indigenous Corporate Training Inc., provides information on this blog for free as a resource for those seeking information about Indigenous Peoples in Canada. Readers looking for more detailed information, or who have questions, can sign up for our fee-for-service training. Also, ICT encourages everyone who reads this information to use their best judgment given their own circumstances, vulnerabilities, and needs, and to contact a consulting or legal professional if you have more specific questions. Join the conversation over on our Linkedin page.

How to Negotiate with Indigenous Peoples

Working with the UN Declaration of the Rights of Indigenous Peoples

Send us a message