Information on how to run faster, lift stronger and think deeper 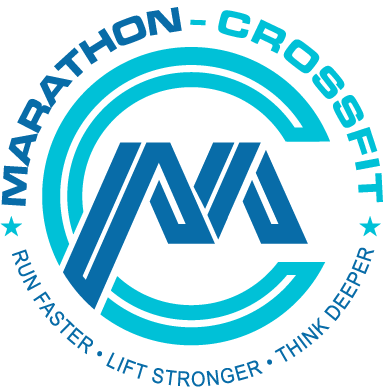 How to run a faster marathon? Be prepared!

How to run a faster marathon ? Be prepared!

Some people set themselves the goal to do a couch to 5k program. Some people go for 10k or ahalf marathon. The selected view go for the full 42K and actually stick with their plan and accomplish it. Now, only an Idiot would challenge his friend, a former track and field semi professional, on his marathon time of 3:41, right? Especially when you are currently overweight and hated running when it was part of your training regime in younger days. with a 3:30 marathon. Well, the idiot was me... and yes I did all of the above. I partially blame it on Guinness. Still, apart from meeting my girlfriend and getting my first job this was the best thing that ever happened in my life so far.

I did not start my training right away. For two months I excused myself from training by "I don't have the time", "I don't have the right pair of trousers" and "I don't know how". Then finally my girlfriend dragged me into a sports world shop and I got two pairs of running trousers from Slazenger. The Dublin knacker look perfected I went for my first run on 27.04.2013: 4.59 km in 31:00 minutes. Guess what, I felt like someone had isolated the oxygen out of the air and kept it specifically away from me. My lunges burned, my feet hurt and I sweated like a pig.

I kept running everyday and on 04.05.2014 I ran my first 10k in 1:09:18. The story goes on with the Frank Duffy 10 mile 2013, Dublin Half marathon 2013 and lots of practice runs in the 10 to 16 km range. I tracked my progress by calculating vdot for my 5k runs and thought that I would not need long distance runs in the preparation. There was even a matching program which claimed that those were not really necessary and I stuck to it. Looking back now this was majorly because I was afraid of the long distances and lazy.

In the lead up to the marathon my friend quizzed me about if I had a nutrition strategy in place for race day. I glossed it over by pointing to the well planned and supplied Dublin marathon route and actually believed that I would not need a strategy. I would just go with the flow.

Race day comes and i fire away with the 3:30 pace group. I am going like a train and feel good about myself for a long time. At roughly the 18th km it becomes considerably harder for me to keep up with the group, which is not surprising as my major training focused on 10km - 16km.

Surprisingly I was able to keep up with them until the 26th km without any energy drinks, only drinking water. I tried one of the energy gels somewhere between the 20th and 26th km. It almost made me puke, as I was not used to the taste. The tiniest amount which I did swallow lead to serious digestion problems which had to be taken care of at 26km. Afterwards I walked and the 3:35 pacer passed, 3:40, 3:45 and 3:50.

That was enough for me and i got a second wind. I finished my first marathon in 3:58:21. Due to the malnutrition I could not walk properly for the next week. I am still proud of this achievement and have not given up on that 3:30 time. Working on it and learned from my mistakes.

So how to run a faster marathon? Be prepared.

Topics: How to run a faster marathon